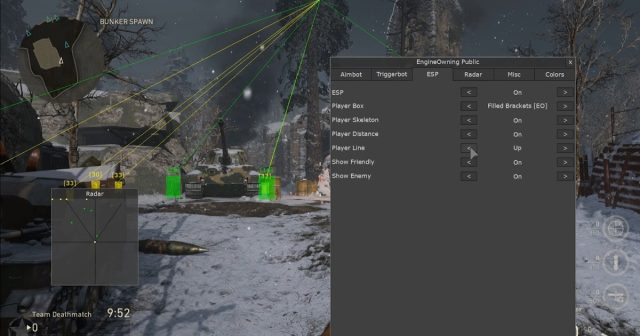 Activision is in the process of suing EngineOwning, the creator of cheat software for Call of Duty: Modern Warfare 2. They want the software shut down and all monies from its sales returned to them. Despite this lawsuit, EngineOwning’s website is still active.

The company has also launched a new game called Overwatch and is developing cheats for that title. The Activision lawsuit against EngineOwning was filed in January, claiming that the company’s cheats cost the company millions of dollars. It also claims that the creators of the software are constantly trying to get around the anti-cheat measures in the game.

The game is still in beta, and cheaters have already been popping up. This could be a result of high-profile streamers buying cheat codes. Activision is also working to bolster its baseline defense against hackers and has banned more than 475,000 accounts since the game’s launch. However, cheat makers have repeatedly stated that they are not afraid of Activision’s tactics.

Activision has filed a lawsuit against a German game cheat provider called EngineOwning for selling cheats for Modern Warfare 2. The company engineowning.to provide a range of different cheats for CoD games, including aimbots, wall hacks, and more. They are also allegedly working on cheats for Overwatch.

Currently, EngineOwning has cheats for several Call of Duty games, as well as for several Battlefield games. It is also working on cheats for Star Wars Battlefront 2, Titanfall 2, Splitgate, and Overwatch. Activision’s lawsuit is meant to prevent such illegal activities. It also seeks to recover profits from the sales of the cheats, as well as any monetary damages for each violation.

The lawsuit names members of EngineOwning as defendants, claiming that the company violated DMCA laws by advertising cheats and other unauthorized software on its website. EngineOwning’s website boasts about the quality of its cheats and claims that “everyone should be able to win online games,” according to Activision’s lawsuit.

The lawsuit alleges that EngineOwning and its users are engaged in racketeering, which means illegal trading in-game cheats. Activision says that cheats were responsible for thousands of infractions against its Terms of Use. The company even banned a streamer called “Magnificent” from the COD Warzone because he used cheats made by EngineOwning.

The lawsuit also covers other games in the Call of Duty series, including Warzone. The suit also mentions cheating, which means that Activision is likely to ban such players under CoDPartner. It is not entirely clear how this lawsuit will affect other games, such as Modern Warfare 3 and Overwatch, but it’s clear that cheaters are a significant problem for the company.

Even though Modern Warfare 2 is not out yet, cheaters have already been spotted in the beta. While it’s impossible to know for sure what the culprits are, it’s still frustrating to see your progress thwarted by cheaters. Thankfully, Activision has decided to take the fight to cheaters in court.

Activision is ramping up its lawsuit against a notorious cheat seller, EngineOwning, claiming that some of the biggest and most famous players use the cheats. Activision has been battling cheaters for some time, but it only became more noticeable when the game’s free-to-play Warzone mode launched in March 2020. It took down the cheat provider CrazyAim and launched RICOCHET, a new anti-cheat system that many players have said is a huge success.