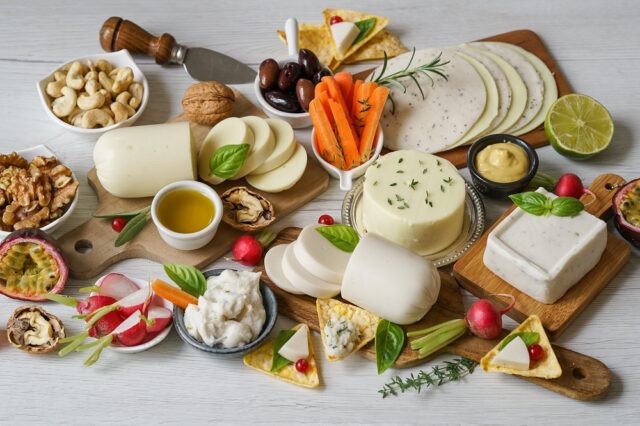 Who says that going to your local Dairy Queen is always bad for you? If you’re operating under a strict diet, you can still enjoy a visit to Dairy Queen. Just keep your orders to the following items:

Yes, it’s true that no one thinks of “hotdogs” right away when the topic is about the healthiest fast-food items. But you can go with the Classic Hotdog and not annoy your doctor. It only has 340 calories, and 8g of saturated fat. The 970mg of sodium is not really all that terrible as well, at least when compared to other fast-food items. Also, you pay only $3.50 for a hot dog.

If this seems a bit too plain, then you may go with the Relish Hotdog. The relish adds extra flavor, while adding only by 10 calories and 30mg of sodium more than the plain version. It’s a safe addition.

The Grilled Chicken Sandwich for lunch is a relatively good choice, with just 440 calories and 2.5g saturated fat. The 1,150mg of sodium might give you pause, but other sandwiches in the Dairy Queen menu are worse. Besides, you do get 31g of protein.

You can also try the Kansas City BBQ Pulled Pork Sandwich, which is served on a pretzel roll. The sodium content is really high at 1,410mg, but at least you only get 430 calories and 4.5g of saturated fat. And you also get 33g of protein.

The basic Cheeseburger is a nice, hearty meal, with 100% pure beef patty with pickles and melted cheese along with ketchup and mustard in a warm bun. You get just 370 calories, along with 8g of saturated fat and 870mg of sodium. That’s not really all that bad.

The Deluxe Cheeseburger is larger and comes with more tasty ingredients, but it should be healthy enough for you as well. It comes with tomatoes, lettuce, and onions, but you still get just 460 calories. It also comes with 9g of saturated fat and 820mg of sodium.

The other burgers here can be a lot worse.

If you really want to stay healthy but you don’t want to feel hungry, get the Grilled Chicken BLT Salad. It’s healthier that most of the sandwiches in the menu at only 270 calories and 5g of saturated fat, though the sodium count is still high at 1,090mg. Still, you also get 35g of protein thanks to the grilled chicken.

But you can replace the grilled chicken with some fried chicken instead, and it’s not really all that unhealthy (relatively speaking). With the Crispy Chicken BLT Salad, it’s only 400 calories and just 6g of saturated fat, to go with the 26g of protein. The 1,070mg of sodium remains high at 1,070mg, however.

So, you’ve picked a sandwich, burger, or hotdog. For the sides, you may want to pick something other than the fries or the onion rings, not if you’re trying to stick to your diet.

Instead, go with the Side Salad. With merely 25 calories, zero fat, and 15mg of sodium, you can eat your fill of this without worrying about nutritional limits. Eat as many Side Salads as you can if you like it.

The Snack Melts are also good, particularly the Chicken Bacon BBQ Snack Melt and Buffalo Chicken Snack Melt. That is, they’re good choices if you want a smaller sandwich than the main sandwiches we’ve listed earlier. Each one of these mini-sandwiches comes with just 280 calories and 5g of saturated fat.

What about the Fries? They’re actually healthy, but also if they’re the only things you’re eating. If you’re getting just the fries for your snack, then it’s alright. It comes with 290 calories and just 2g of saturated fat, along with 590mg of sodium.

You really ought to just skip the dessert altogether. But if you can’t, then go with the DQ Reese’s Peanut Butter Cup Treatzza Pizza. It’s actually a rather healthy dessert with just 200 calories, along with 6g of saturated fat and 110mg of sodium. The sugar content is also tolerable at 17g.

Another good option is a small order of the simple Vanilla Cone. You only get 230 calories, 4.5g of saturated fat, and 95mg of sodium. Just be mindful that you’re also getting 26g of sugar.

Go with the small Sunshine Orange Light Smoothie. That way, you limit the bad stuff to only 140 calories, zero fat, and 15mg of sodium. But you also get 32g of sugar.

The small Misty Slush is a good alternative, at only 200 calories, zero fat, and 35mg of sodium. Just remember that it also comes with 50g of sugar!